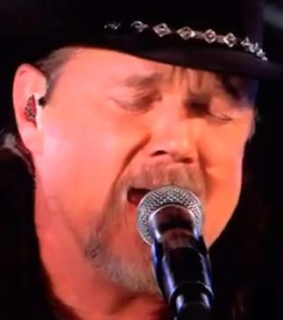 Trace Adkins caused a frenzy of criticisms and tweets Wednesday evening after debuting a very interesting choice for an accessory during his performance at the annual televised Rockefeller Center Christmas tree lighting.

The NYDailyNews reports the superstar country singer, 50, sported a Confederate flag earpiece that was clearly visible as he sang “The Christmas Song” during the traditional singing showcase.

The symbol - otherwise known as the Stars and Bars - is often considered controversial for its link to the Civil War and slavery, though some argue that the flag is nothing more than a sign of pride in Southern heritage.