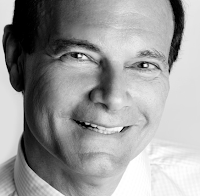 Their bosses think it is money, but employees want – no, crave – appreciation.

And appreciation costs nothing to their employers.

Taraci Motivation compiled a list that compared what employees said they really wanted and what their employers thought they wanted.

Employees ranked appreciation as what they say they wanted most from an employer, but their bosses thought they would rank it 8 out of ten.

Employers thought good wages would be what their workers said came first, but employees say it was only fifth on their list.

It gets worse – feeling “in” on things was ranked second by employees but employers thought their employees would rank it dead last – at tenth.

How out of touch employers and employees are with each other’s wants and needs which is actually alarming if you think about it.

And secondly, but more important, the awesome power of appreciation as an affordable motivator that never goes out of style.

Appreciation as the first thing that employees want is nothing new –similar studies confirmed it as long as two decades ago.

So if you want to motivate an employee – or for that matter, anyone in your life – express appreciation in person, in writing or in deed.

“Appreciation is a wonderful thing.  It makes what is excellent in others belong to us as well”.

Or as someone once said,  “If you don’t show appreciation to those who deserve it, they’ll learn to stop doing the things you appreciate”.