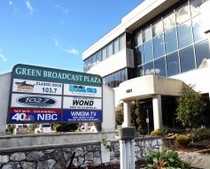 Five southern New Jersey radio stations on the auction block could be mostly taken over by the same owner if no other qualified bidders come forward by 5 p.m. Thursday, court documents show.

According to a story by Elaine Rose at pressofatlanticcity.com, U.S. Bankruptcy Court filings show Boardwalk Radio LLC of Syosset, N.Y. has contracted to buy the stations for $3 million to help satisfy about $8 million of debt incurred by Atlantic Broadcasting LLC of Linwood. There is a nearly 96 percent overlap of ownership between the two companies.

But Atlantic Broadcasting attorney Joshua Klein of Fox Rothschild in Philadelphia said Wednesday that the contract is not a done deal; other parties have prequalified to submit bids.

If any other parties do submit qualified bids by the close of business today, an auction will be held May 4 in Atlantic City, Klein said. A court hearing to approve the sale is scheduled for May 5 in Camden.

Atlantic Broadcasting, which has declared bankruptcy but continues to operate the stations, has more than $8 million in debt, Klein said. About $6.8 million of that is secured debt to Sun National Bank and about $1.3 million is unsecured debt to other creditors.

While Sun National Bank will receive most of the funds raised through the sale, some has been set aside for the other creditors, who will probably receive pennies on the dollar.