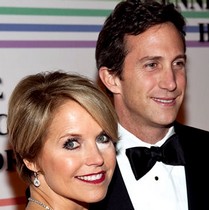 The future of Katie Couric's personal life is just as unclear as the future of her professional one, according to a story by Shari Weiss at newyorkdailynews.com.

"I am really happy in my personal life … but it is complicated," the journalist said to People magazine about her relationship with businessman Brooks Perlin.

Though Couric said their age difference – she's 54, he's 37 – no longer concerns her as it once did, she isn't entirely sure where their relationship will lead. But marriage is a possibility.

"I'm in the process of figuring out the future, and so is he," the "CBS Evening News" anchor said.

Couric, who told People she won't renew her contact with the show when it expires on June 4, has two daughters – 19-year-old Ellie and 15-year-old Carrie – with her late husband Jay Monahan.