Two more FM station have made the switch to talk radio.  In Florida, Clear Channel's Aloha Trust WPHR flipped to conservative talk and is branding as 'Rush Radio 94.7 FM' (website).

The station is licensed to Gifford, Florida and serving the Vero Beach / Fort Pierce market. The FM 50,000 watt signal also creeps into the Melbourne, FL market where Clear Channel also airs N/T on WMMB 1240 AM and WMMV1350 AM. 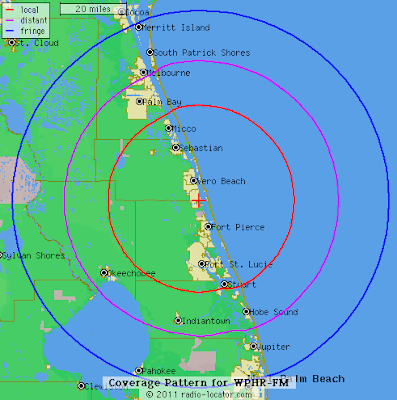 The station has a history concerning its call letters.  The Aloha Trust filed in December to change the station's call letters from WSYR-FM (Hot/AC) to WPHR-FM.  The change allowed Clear Channel's WSYR to use the FM calls for its new News/Talk AM-FM simulcast for it's 106.9-FM signal (licensed to Solvay, NY, a suburb of Syracuse). The Syracuse station had used WPHR-FM for an urban format, which continues on 620-AM.

The other format change was in Memphis, Citadal flips it's 98.9 FM WKIM frequency from GenX to talk at "News-Talk FM 98.9" (website).

The station was originally located in Kennett, Missouri, and used the call sign KTMO prior to its move-in in 2001. The station then would target Memphis with a Smooth Jazz format as Smooth Jazz 98.9 WJZN.

On September 15, 2006 they would become 98.9 Kim FM with an adult hits format under new call letters of WKIM. After several years of substandard ratings and programming, the station abruptly flipped formats to hot AC about more than a year later. 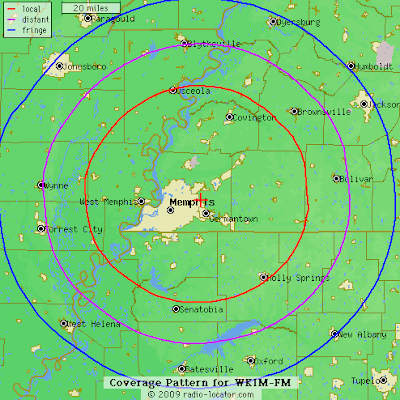 The change was still unsuccessful at the station, and on March 31, 2010 to 98.9 Gen X, airing a retro-based format of mostly music of the 1990s. More recently, the station added some current music, as of September 26, 2010 the station airs a mix of 1990s-2000s product with some currents. Today the station could be defined as a 1990s/hot AC format reminiscent of Sirius The Pulse before the merger.
Posted 12:42:00 PM