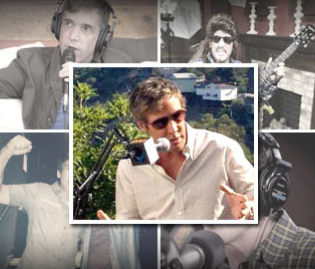 Some form of Kidd Kraddick in the Morning, the morning radio show whose host David "Kidd" Kraddick died on July 27, will air live on Monday, August 5. Representatives from the show's parent company, YEA Networks, don't know yet what form that will be.

According to dallas.culturemap.com, that uncertainty didn't stop management from emailing stations around the country that air the show, stating that it felt confident the show would go live on Monday morning, with cast members such as Kellie Raspberry and Big Al "doing a few live breaks."

At Louisiana FM radio station B97 New Orleans, which has the August 5 announcement posted on its website, DJ Jammer says that they've been reassured that some live show will be aired.

Jammer is also the person who took the photo, now widely circulated, of Kraddick arm-and-arm with his crew, hours before his passing.

"I'm still spinning at this point," Jammer says. "And our audience here in New Orleans is so emotionally wrapped up in it."