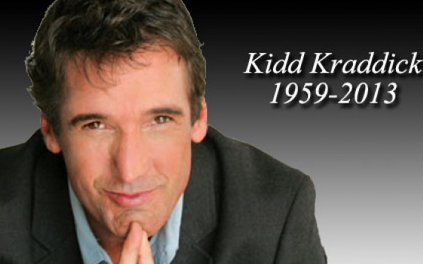 An outpouring of grief and memories on Sunday followed the sudden death of David “Kidd” Kraddick, a nationally syndicated radio personality and “an energetic dynamo with a huge and caring heart,” according to The Dallas Morning News.

Kraddick, 53, hosted the Dallas-based Kidd Kraddick in the Morning on KissFM KHKS-FM 106.1 and more than 75 stations nationally. It is also broadcast on the television show Dish Nation.

Kraddick died Saturday in at a golf tournament for Kidd’s Kids, a nonprofit he started that sponsors trips to Disney World for chronically and terminally ill children. 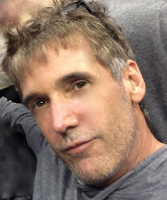 His cause of death has not been released.

Kraddick’s fans reeled from his death Sunday. Some called in to the station or left notes and flowers outside the radio studio. Celebrities tweeted condolences. His Facebook page and Twitter drew a steady stream of listeners’ memories.

KLUV-FM 98.7 radio host Jody Dean said the outpouring reflected Kraddick’s ability to connect with a wide audience of teenagers, commuters and soccer moms alike. His talent made it hard for Dean and other broadcasters to compete, he said.

Longtime friend Dr. Phil McGraw, called Kraddick “an energetic dynamo” on the airwaves, but also described Kraddick as a generous philanthropist and devoted father to his grown daughter, Caroline.

Kraddick loved “cutting up” with McGraw and doing impressions of him on the radio, but off the air they exchanged advice about family, parenting and show business.

Kraddick, who was divorced in 2007, was planning to get married again. Two weeks ago, he showed McGraw the engagement ring. “I’ve never seen him happier,” McGraw said.


“My biggest asset was also my biggest detriment,” Kraddick told The Dallas Morning News in 1994. “I have a young, non-radio sounding voice. Teens really turned on to my voice and thought, ‘Hey, he’s 16.’”

He described his humorous and energetic style as “radio without a net.”

“He reinvented how morning radio was delivered to a new generation,” Chapman said.


In the early 1990s, Kraddick started a subscription-based newsletter called Bitboard where radio personalities exchanged ideas to use in different markets. First distributed by fax machine, it became a business concept that Kraddick later sold.