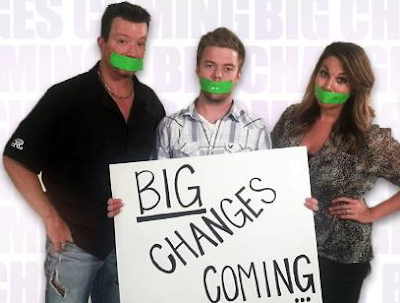 The popular local morning radio show “Jesse and Amanda with Pike” will return to the metro airwaves despite its departure from KVOX Froggy 99.9 on Wednesday, but the hosts aren’t saying when or where they’ll return.

According to inforum.com, the only thing they are saying is that they will not head to rival country station KBVB Bob 95.1.  Bob 95 already has a popular morning show with “Chris, John and Jane in the Morning.”

The timing of the show’s departure comes shortly before Froggy and Bob are set to officially change ownership.

James D. Ingstad is handing off Froggy 99 to Midwest Communications in exchange for Bob 95.

According to the most recent Arbitron ratings, Bob 95 and Froggy 99 are the top-rated country music stations in the metro, both ranking in the top five stations.

The highest rated music station was pop music Y-94, which is home to the “Y-94 Morning Playhouse.”