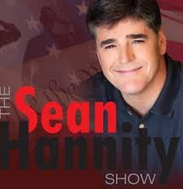 After Rush, it was Sean Hannity’s turn to downplay the story claiming his show was to be dropped by 40+ Cumulus Media stations.

Hannity brushed aside the news, reassured the audience that all is well, and sent them a rather cryptic message about new things to come.

Hannity remarked, “I wish I could talk about some of the industry nonsense that goes on,” but then acknowledged that the audience doesn’t really care about the politics of the radio business.

“There are forces at work here that I will explain in due course, I promise, and I just can’t really explain it now. I’m not trying to be mysterious here, but it’s something that is unfolding and I’m, frankly, excited about it all.”

On another matter, Sean Hannity last night fired back at some of the commentary leveled at him by MSNBC host Al Sharpton in the ongoing cable news battle over racism in .

He used Sharpton's past statements that have offended other groups to suggest the reverend has no ground to stand on, and tore Sharpton apart for a guest on his radio show calling Hannity and other TV pundits "professional assassins of African-Americans."

Hannity shouted, "He knows better than that, and I deserve an apology!"