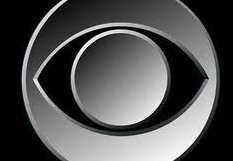 Accoridng to THR, the Les Moonves-led company grew revenue 11 percent from the previous year to $3.7 billion. Analysts were anticipating about $3.5 billion.

Net earnings from continuing operations also were encouraging as the company reported $476 million for the past three months, up from $452 million the same prior-year period.

"Double-digit revenue growth—and the best quarterly profits we've ever had—add up to a phenomenal quarter for CBS," said Moonves, singling out the successful introduction of Under the Dome and subsidiary Showtime's Ray Donovan as reasons to be hopeful for the future.

Local Broadcasting OIBDA for the second quarter of 2013 increased 3% to $255 million from $248 million for the same prior-year period, principally because of lower programming and production costs.
Posted 5:50:00 AM