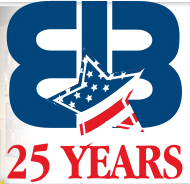 “It’s meant more to me than I’ll ever be able to fully describe. It's the best three hours of the day! We’re going to do this for a long time to come.”

“The relationship we’ve established here – between the audience and myself – is everything,” stated Mr. Limbaugh. “It’s meant more to me than I’ll ever be able to fully describe. It's the best three hours of the day! We’re going to do this for a long time to come.”

Known as the media pundit who reshaped the political landscape with his entertaining and informative brand of conservatism, Limbaugh is widely credited by many industry experts with resuscitating AM radio. In 1988, Limbaugh and his partners founded EIB, the Excellence In Broadcasting network, and he launched his phenomenally successful radio broadcast into national syndication on August 1 of that year with 56 radio stations. Adding 100 affiliates in just a few months, Limbaugh set a rapid pace for growth and paved the way for the expansion of the Talk radio format.

Here’s a snapshot of the Talk radio format 25 years ago: In 1987, the year before his emergence, there were approximately 150 traditional News/Talk radio stations in America. Today, there are more than 2,000 News/Talk/Information stations.

Limbaugh also pioneered an entirely new model for Talk radio. Defying industry convention, he does not book guests on his program. Centered on the news of the day, he describes his unique approach as “a serious discussion of issues, combined with irreverent humor.” He has enjoyed uninterrupted status since the early 1990s as the leading Talk radio host in the U.S., and the program continues to expand its reach.

In the past year alone, The Rush Limbaugh Show has experienced an 11% audience increase (Source: Arbitron, Nationwide, FA’11 to FA’12, Exact Times, AQH, P 12+). Mr. Limbaugh has also been recognized with Marconi Awards for “Syndicated Radio Personality of the Year” in 1992, 1995, 2000 and 2005 from the National Association of Broadcasters. He was inducted into the Radio Hall of Fame in 1993, the National Association of Broadcasters Hall of Fame in 1998, and the Hall of Famous Missourians in 2012.