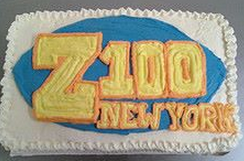 Top 40 WHTZ, went on the air at 6:08 AM on August 2, 1983 with program director/morning show host Scott Shannon. The station did not begin calling itself "Z100" until a few days later

The first two songs ever played on the station were "Eye of the Tiger" by Survivor, followed by "" by Neil Diamond.

The station signed on from its new and still-incomplete studio in Secaucus, transmitting from the old FM tower site near , , as their antenna was not moved to the top of the until later in August.  Moving the tower to midtown greatly increased the coverage area of the station's signal.
Z100 was actually the second station that summer to attempt to bring the Top 40 format back to , with rock station WPLJ having begun the evolution to top 40 in June. 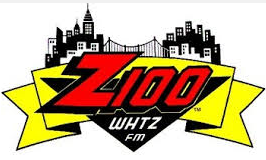 WHTZ was programmed to remind listeners of one-time AM powerhouse WABC, which had gone from a tight Top 40 format to leaning Disco in early 1979 to leaning adult rock later in 1979, to leaning adult contemporary in 1980 and then evolving to Adult Contemporary/Talk in 1981, before it finally flipped to an all-talk format on May 10, 1982.

Within 74 days of signing on, WHTZ had climbed from last place to first in the New York Arbitron ratings book.

FLASHBACK:  Here's Quick blitz teaser of the 4 hour 20 minute history of the first 10 years of Z-100 plus their 15th on-air reunion anniversary. Get it at www.vuolovideo.com

Over the years, Z100 stayed with a top 40 format, with WPLJ behind them in the ratings. Scott Shannon left Z100 at the end of 1988 to begin "Pirate Radio" in , and Steve Kingston took over as operations manager and Frankie Blue would become assistant programming director.

A major sign of this crisis came when WPLJ moved to a hot adult contemporary format by 1992. Z100 responded to this by adding some older songs and introducing an evening talk show called "Love Phones." Ratings gradually dropped from 1991 to 1993.

In 1993, Z100 dropped the older songs and began mixing in alternative rock music which wasn't normally being played on Top 40 stations. By the end of 1994, the majority of the station's music consisted of alternative rock with only a few non-modern-rock-based songs per hour. The station still played the current big hits by artists such as Madonna, TLC, Mariah Carey, and others.

When Z100 was sold to Shamrock Broadcasting. Frankie Blue would leave in 1995 and Sam Milkman would move up to his position.
Ratings, though nowhere near the top anymore, remained steady at the station during much of the mid-1990s, but by March 1996, there was a steep drop after WKTU signed on at 103.5 FM with a dance music format, and WXRK adapted a full-time alternative rock format. Both stations took listeners from Z100.

Steve Kingston and his assistant Sam Milkman left Z100 for WXRK, while music director Andy Shane left for WKTU, joining another former Z100 music director, Frankie Blue. Airstaff had also gradually begun leaving the station beginning that February. Z100 had even stopped using the name "Morning Zoo" the year before. Morning host John Lander left in November 1995. That January, Steve Cochrane arrived to do mornings, but by May, he was gone. Z100 was undergoing a crisis at this point. The station was sold in a corporate deal to Chancellor Media.

In April 1996, the station brought in Tom Poleman as its new programming director.

Initially, at that point, Z100 dropped all non-modern rock titles and began playing strictly pop alternative. By May 1996, Z100 began gradually replacing its on-air staff, and the harder alternative songs were phased out.

Though initially it seemed that Z100 was becoming a modern AC station, beginning that summer, the station gradually began to move back to a mainstream Top 40 format, as it added pop music from such formats as R&B, rap, and adult contemporary. 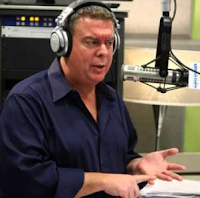 One of Poleman's biggest moves was to switch DJ Elvis Duran from afternoons to the "Z Morning Zoo" (which was known as "The Morning Show" for the previous several years), Z100's popular morning show. Despite having shared the post with other hosts (such as Elliot Segal, now at WWDC) through the years, Duran remains the "Head Zookeeper" to this day.