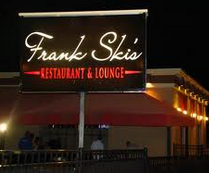 A restaurant and lounge owned by longtime radio personality Frank Ski is being sued in Fulton State Court by a family claiming a relative fell at the restaurant and later died from her injuries.

According to ajc.com, the wrongful death lawsuit was filed this week by Gaye Elizabeth Wilson, administrator of the estate of Joy Wilson.

Ski’s attorney, Mark Trigg of , said neither he nor Ski had seen a copy of the lawsuit. “It will be vigorously defended once we do,” Trigg said.

Ski left V-103 last year after being a fixture on the station’s top-rated morning show for 14 years.