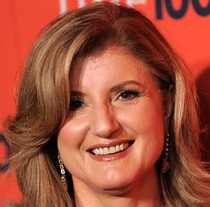 Two Democratic consultants are accusing Arianna Huffington and her business partner of stealing their idea for the powerhouse liberal website Huffington Post.

Politico.com reports Peter Daou and James Boyce charge that Huffington and partner Ken Lerer designed the website from a plan they had presented them, and in doing so, violated a handshake agreement to work together, according to a lawsuit to be filed in New York State Supreme Court in Manhattan.

The complaint is a direct challenge to the left’s most important media property from two stalwarts of the progressive movement. And it challenges Huffington’s own oft-told story of coming up with the idea in conversation with Lerer and other friends.

“Huffington has styled herself as a ‘new media’ maven and an expert on the effective deployment of news and celebrity on the Internet in the service of political ends,” says the complaint. “As will be shown at trial, Huffington’s and Lerer’s image with respect to the Huffington Post is founded on false impressions and inaccuracies: They presented the ‘new media’ ideas and plans of Peter Daou and James Boyce as their own in order to raise money for the website and enhance their image, and breached their promises to work with Peter and James to develop the site together.”

The suit against Huffington, Lerer, and Huffington Post also sheds light on the very political aims of the left’s most powerful – and valuable – online voice.