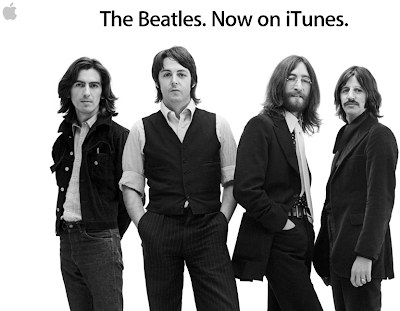 In a joint announcement, Apple, EMI, the band’s record label, and Apple Corps, the band’s company, said the Beatles’ 13 remastered studio albums, the two-volume “Past Masters” compilation and the classic “Red” and “Blue” collections were on sale on iTunes as complete albums or individual songs.

According to the nytimes.com, Apple is also offering a “box set” that includes a concert film of the Beatles’ first American concert at the Washington Coliseum in 1964.

“We’re really excited to bring the Beatles’ music to iTunes,” Paul McCartney said in a press release. “It’s fantastic to see the songs we originally released on vinyl receive as much love in the digital world as they did the first time around.”

Ringo Starr, the Beatles’ drummer, alluded to fans’ frustration over the longstanding refusal by band members to make their music available for download.

“I am particularly glad to no longer be asked when the Beatles are coming to iTunes,” Mr. Starr said in a press release. “At last, if you want it — you can get it now — The Beatles from Liverpool to now!”

Steven P. Jobs, the chief executive of Apple and a longtime Beatles fan, said in the press release that he was finally realizing a dream that Apple had when it first introduced iTunes 10 years ago. “We love the Beatles and are honored and thrilled to welcome them to iTunes,” Mr. Jobs said.

One of the last major holdouts against selling their music via digital downloads, the Beatles are the ultimate prize for any music company. The group has held on to blockbuster sales four decades after breaking up — it has sold more than 177 million albums in the United States alone, according to the Recording Industry Association of America — and held on to untouchable cultural prestige.

Apple iTunes and The Beatles Come Together, So What? (PC Magazine)
Posted 10:52:00 AM