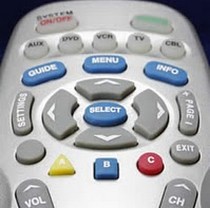 In an apparent attempt to retain cable customers who are thinking of canceling, or to woo back people who have already canceled, Time Warner Cable will start a trial of a lower-cost cable subscription package next week in New York City.
A story at nytimes.com reports for roughly half the cost of Time Warner Cable’s current cable TV package, customers will receive ESPNews but not ESPN; TBS but not TNT; CNN but not Fox News or MSNBC. A market trial of the package will begin in New York on Monday, a Time Warner Cable spokeswoman said, and in the company’s northeastern Ohio market on Dec. 15.

The slimmed-down package, called TV Essentials, is an experiment for Time Warner Cable and for the television distribution business, which generally bundles as many channels as possible at the highest price possible.

That strategy may be hitting a rough patch. Earlier this week, the research firm SNL Kagan said that the number of households subscribing to a cable or satellite service had dropped for the second consecutive quarter, prompting fresh speculation about cord-cutting by consumers.


Tom's Take:  Why not give potential new customers a choice?  Let them choose from categories, instead of CNN some would prefer FNC.