Move to Cut NPR Funding Is Defeated in House

House Democrats on Thursday shot down a G.O.P. attempt to roll back federal funding  to NPR, a move that many Republicans have called for since the  public radio network  fired the analyst Juan Williams last month.

According to a nytimes.com story, Republicans in the House tried to advance the defunding measure as part of their “YouCut” initiative, which allows the public to vote on which spending cuts the G.O.P. should pursue. But their push was blocked, 239 to 171, with only three Democrats voting with a united bloc of Republicans. 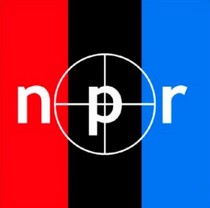 National Public Radio, under fire ever since it sacked Juan Williams last month, is now the latest target of YouCut, the anti-government spending program started by House Republicans earlier this year.

A story at Foxnews.com reports, the winning proposal in this week's online contest, in which Americans vote for the items they want slashed from the federal budget, was to terminate federal funding to NPR. That proposal received 63 percent of the vote, the highest percentage for a proposal since the program began in May.

House Republicans will bring that proposal to the floor Thursday for an up-or-down vote.


"When NPR executives made the decision to unfairly terminate Juan Williams and to then disparage him afterwards, the bias of their organization was exposed," House Minority Whip Eric Cantor and Doug Lamborn, who authored a bill this year to defund NPR's parent company, said in a joint statement.

"Eliminating taxpayer funding for NPR is precisely the kind of commonsense cut that we have to begin making it we want to fundamentally alter the way business is conducted in Washington," they said.

With Democrats still in charge of the House until the end of the year, the proposal is certain to fail. Lamborn's legislation to defund the Corporation for Public Broadcasting (CPB) , introduced in June, hasn't made it out of committee.

But when Republicans assume power in January, they are expected to go after NPR's federal funding with a vengeance.