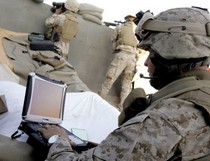 The US military has issued a warning that social networking sites could endanger the lives of troops in Iraq and Afghanistan because of new features that reveal the user's location.

According to a story at theaustralian.com, the Air Force was the first service to notice the threat, warning on its internal website last month that geolocation applications on sites such as Facebook that identified the user's location could give away troop positions to the enemy.

In the warning, also sent to senior commanders and troops in the field, the Air Force said that "careless use of these services by airmen can have devastating security and privacy implications". The army said yesterday that it was preparing a similar warning for its troops.

Facebook ran into controversy over privacy issues earlier this year when the site changed the default settings to leave users' profiles open to anyone who looked unless the user specifically requested otherwise.