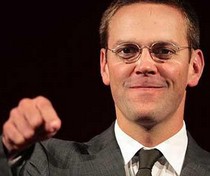 James Murdoch, chairman and chief executive of News Corporation, says that online content cannot be monetised efficiently if it is given away for free, according to a story at telegraph.co.uk.

Speaking at the Monaco Media Forum, Murdoch said: “The first rule: if you are going to monetise something [online], you probably shouldn’t give it away for free.”

News International, a wholly owned subsidiary of News Corporation, recently erected paywalls around both The Times and The Sunday Times’ respective websites and is the first generalist UK newspaper group to charge for its online content.

At the beginning of November the company published the first official subscription figures on the impact of the pay wall around both of the websites. The UK arm of News Corporation said that there were 105,000 total transactions for its digital content between July and October.

There are also a further 100,000 print subscribers to The Times who have activated their free digital accounts.

Murdoch added: “You cannot start developing pricing models [for online content] until you have a retail price…We are transforming the business of digital journalism at News International.”

He went onto criticise newspapers specifically, saying that the “key metrics that these business were chasing were not creating value for them” – notably how many unique users each content site manages to attract each month. He said that the “number of uniques” were the wrong metric to focus on as all parties “were losing an absolute fortune” by giving their content away for free.

His position was in stark opposition to Eric Hippeau, the chief executive of The Huffington Post, a popular US aggregator and blog, and a fellow speaker at the Monaco Media Forum. Speaking at the event yesterday, Hippeau said: “We will never charge our users for content…We would lose engagement with a valuable audience.