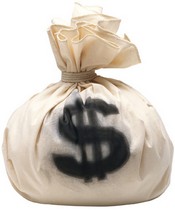 At first it was only supermarket tabloids like the National Enquirer that did it. While the "respectable" media shunned the practice, the Enquirer developed a long and proud tradition of "checkbook journalism," paying sources for such sensational exclusives as a photo of Elvis Presley in his coffin or "revelations" about Donald Trump by his ex-housekeeper.

But thanks to heightened competition for the next big "get", writes Paul Farhi at the washingtonpost.com,  journalism's Thou-Shalt-Not-Pay commandment has lately been taking a beating. News and gossip sites that paid for information have broken some of the biggest and most sensational recent stories. TV news divisions have joined in, spurring an arms race to buy big stories.

Did unsuccessful Senate candidate Christine O'Donnell of Delaware get tipsy and spend Halloween night three years ago in intimate contact with a 25-year-old man she'd just met? The Web site Gawker.com claimed as much last month in a widely read but much criticized first-person account written by the anonymous young man, complete with pictures of O'Donnell in a ladybug Halloween costume. The site's owner acknowledges that it paid the author about $4,000 for his story.

Did Minnesota Vikings quarterback Brett Favre send racy voicemail messages and photos of his private parts to an attractive young female employee of the New York Jets two years ago? The Web site Deadspin.com said so, basing its account on voicemails and photos it bought from another anonymous source for about $12,000.

How did the tech site Gizmodo.com get a prototype of the new iPhone model in April, months before Apple released it? The answer: By paying $5,000 to yet another anonymous individual, who handed over a copy of the phone that he said was inadvertently left by an Apple engineer in a bar near the company's headquarters in Silicon Valley.

Mainstream news organizations have long been reluctant to pay for information for a few simple reasons.

One is practical: Paying for stories can get expensive. The other, more important consideration is the perception that paying sources poisons the credibility of both the source and the news organization.