The race to capture TikTok’s U.S. operations took a sharp turn Thursday, as Walmart Inc. said it is joining Microsoft Corp.’s bid for the popular video-sharing app after other deep-pocketed suitors dropped out of the running.

The Wall Street Journal reports the retail giant’s entry into the global sweepstakes was a surprise and comes as the parties grapple with a valuation for TikTok, which is facing a potential ban in the U.S. from the Trump administration over national-security concerns.

TikTok’s Beijing-based owner ByteDance Ltd. is asking about $30 billion for the U.S. operations, but bidders thus far haven’t been willing to meet that price, according to people familiar with the negotiations. By comparison, Twitter Inc. in recent weeks informally floated a bid closer to $10 billion as part of a range of pricing and scenarios, said some of the people.

Microsoft’s joint bid with Walmart is considered the front-runner, according to people familiar with the matter, while a second consortium including Oracle Corp. remains in the running. 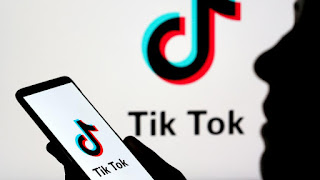 Walmart was initially working on a bid with Google parent Alphabet Inc. and Tokyo-based tech investor SoftBank Group Corp., a person familiar with the discussions said.

The Trump administration has said it wants TikTok’s U.S. operations to be owned by an American company with tech expertise.

TikTok has been aiming to pick a bidder to enter exclusive negotiations and seal a deal as early as next week, according to people familiar with the deliberations.

The company is facing a mid-September deadline to sell its American operations, under an executive order issued by President Trump earlier this month. TikTok on Monday filed a lawsuit challenging the order.

TikTok, an app that shot to popularity with its videos of dancing and lip-syncing teenagers, has been downloaded more than two billion times since its launch, according to mobile-data research firm Sensor Tower.
Posted 1:30:00 AM