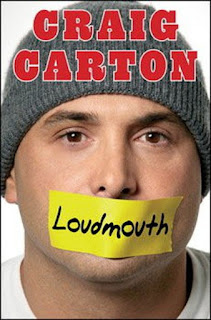 Sports radio host Craig Carton, who duped investors with a multi-million-dollar fraud based on non-existent concert tickets, wants protection from his creditors, reports The Camden Courier-Post.

A filing in federal bankruptcy court is the latest development in a saga that took Carton, the New Rochelle, Westchester County, native, from fame to federal prison and, until recently, a halfway house in Newark.

Carton, a one-time host for WFAN in NYC and WIP-FM in Philadelphia, reports assets of almost $1 million in Friday’s filing, with most of that value coming from his 14-room home in Chester, Morris County.

But the filing notes liabilities of $9.4 million, including a court judgment demanding restitution of $4.8 million for the fraud’s victims.

In addition, casino operators want more than $1.5 million, including $350,000 owed to the SugarHouse Casino in Philadelphia.

The 51-year-old radio host has said a gambling addiction played a role in his downfall, according to the website for Street Smart Video, a New York firm that’s employed Carton for the past month.

The website notes the firm has produced an upcoming documentary on Carton, described as “one of the most dominant voices on morning radio” as the co-host of Boomer & Carton on New York’s WFAN.

Carton's 10-year stint on the show ended abruptly in September 2017 when he was arrested on federal charges of securities fraud, wire fraud and conspiracy.
Posted 1:12:00 PM