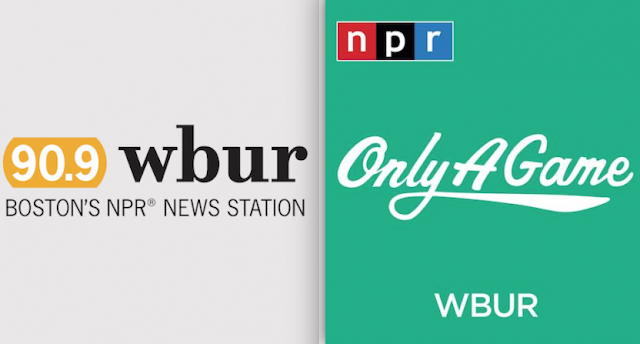 For 27 years, “Only A Game,” the sole sports program on National Public Radio and WBUR 90.9, told the kind of compelling, satisfying stories that a listener never quite wanted to end.

Somewhere along the way, it became one of those stories itself, reports The Boston Globe.

So it is with a sense of distinct accomplishment, but one of some melancholy too, that the people behind the program prepare to sign off for the final time, the show a casualty of budget cuts at WBUR in the economic maelstrom of the COVID-19 pandemic.

The final original hourlong program will air Saturday at 7 a.m. on WBUR and on more than 250 NPR stations nationwide.

Bill Littlefield, who served as host from the show’s inception in 1993 until his retirement in 2018, will return for a conversation, titled “Goodbye,” with frequent contributor Charles P. Pierce. The program will continue with “best of” episodes through September.

“It’s really weird,” said Karen Given, who has been part of the show for 23 years as a producer and, since Littlefield retired, the most frequent host. “For most of us, this has been our whole careers, or at least a significant chunk of our careers.

The decision to end the show came in June, when WBUR announced a restructuring that included laying off 10 percent of the station’s staff, decisions that were in large part driven by lost revenue during the pandemic.

“When we entered into the second year of not having a named host after Bill retired, I thought, ‘Hmm, maybe the station isn’t 100 percent behind us right now,’ ” said Given. “So when the pandemic hit, we were having serious conversations along the lines of, ‘All right, how do we position ourselves so that if this happens, we won’t be completely devastated.’ When I got the call, I was not shocked.”
Posted 2:46:00 AM