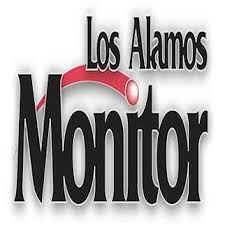 The Los Alamos Monitor has announced that it will publish its last edition on Sunday, Aug. 30, the same day KRSN 1490 AM radio will go silent.

The announcement on the Monitor website reads as follows:

After more than 57 years in print, the Los Alamos Monitor will publish its last edition on Sunday, Aug. 30. The decision was shared with staff on Friday by officials at the headquarters of Landmark Community Newspapers, which has owned the newspaper since 1979.

Monitor staff will continue to print a sister newspaper, The Las Vegas Optic, until a buyer is found for the Monitor building on DP Road. Landmark Community Newspapers President Mike Abernathy said the company would consider selling the newspaper as well. Interested parties can contact him at (502) 513-1143.

“We are proud of the hard work our staff has put into producing a quality newspaper over the years,” Abernathy said, “even in the most difficult of times. Unfortunately, their efforts were not enough to overcome the economic challenges we faced.”

The COVID-19 pandemic has further strained an already struggling business and industry that has faced significant revenue challenges for a number of years. Like many newspapers, the Monitor has suffered from disruptive innovation, general economic conditions and now a pandemic with no end in sight. During that time, community support for the newspaper has greatly diminished, thanks in part to an unusual decision by local government to send its legal advertising to a free newspaper competitor at an apparent higher cost to taxpayers.

The decision to close the Monitor comes on the heels of the news that community radio station KRSN 1490 AM will sign off for good on the same day.
Posted 1:35:00 AM