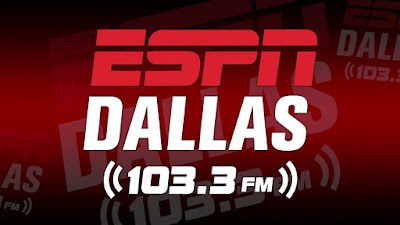 In a Zoom call on Friday, Aug. 14, employees at KESN 103.3 FM in DFW were told that effective Oct. 8 the station will no longer be run locally by Cumulus.

It is expected that ESPN Radio will discontinue all local programming on KESN 103.3 FM and will air national ESPN shows, and broadcasts of games. 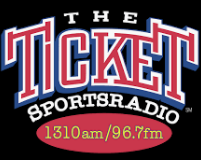 “We are giving the station back to them [ESPN Radio],” Dan Bennett said in a phone interview with the Fort Worth Star-Telegram. Bennett is the regional vice president of Cumulus radio in Dallas.

A station that with former Fort Worth Star-Telegram sports columnist Randy Galloway as its main host briefly challenged local ratings monster The Ticket in the ratings will essentially function as a place holder for ESPN Radio in a major market.

ESPN Radio said in a statement to the Star-Telegram: “Our relationship with Cumulus in Dallas will be ending in early October. We will announce our plans for KESN-FM shortly. Listeners will continue to hear the top-notch programming they expect to receive from ESPN.”

ThE move will have an impact on the Dallas Mavericks. The Mavs have three years remaining on their contract with KESN to be their radio home.

Come October, DFW will have two sports talk show stations with local programming: The Ticket, and KRLD 105.3 The Fan.

Entercom, which owns 105.3 The Fan, has been aggressive in acquiring radio stations that have play-by-play agreements with pro sports franchises of late.

The Fan may not be an ideal landing spot for the Mavs since it already has the radio rights to the Texas Rangers and Dallas Cowboys.

A logical landing radio home the Mavs would be 97.1 The Eagle in DFW. Dallas Mavericks owner Mark Cuban has a good relationship with The Eagle hosts Ben Rogers and Jeff “Skin” Wade. The latter is a member of the Mavs’ local telecasts.
Posted 2:57:00 AM