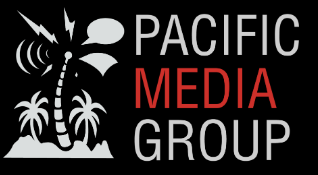 This brings the total number of radio stations owned and operated by Pacific Media Group across the state to 20. The company already has six stations each on Maui and the Big Island of Hawaiʻi and four on Kauaʻi.

The Oʻahu agreement comes on the heels of Pacific Media Group’s expansion to Kauaʻi, where the company purchased four stations that make up the KONG Radio Group from ʻOhana Broadcasting in October 2018.

“As a Hawaiʻi-owned and operated media company, I believe we are uniquely positioned to listen and understand the needs and wants of the communities, customers and employees we serve,” said PMG President and CEO Chuck Bergson.

Terry Gillingham, regional vice president and general manager for the Hawaiʻi operations of ʻOhana Broadcasting Company, said, “Our stations have enjoyed tremendous growth over the past few years under the ʻOhana banner. Becoming part of PMG, a Hawaiʻi-based company, will help us realize the next level of growth and deepen our connection to the community. The team here is excited for this new development.”

“The team at ʻOhana Broadcasting has a great understanding of what both of our company cultures believe makes radio ‘magic’—when it is ‘Live and Local,’” said Bergson. “This core belief is what we work at every day in connecting with the community and developing long-term relationships.”

In addition to its radio presence, Pacific Media Group also has multiple digital media products (Maui Now and Big Island Now) and an exclusive contract with the State of Hawaiʻi to provide advertising services for the Neighbor Island airports with its subsidiary, Hawaiʻi Airport Advertising.