Univision Communications Inc. is exploring strategic options including a possible sale, a process that could culminate in a long-sought deal for the Spanish-language broadcaster’s private-equity owners. 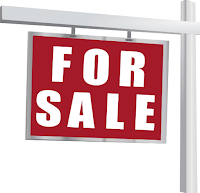 There can be no assurances as to the timing or outcome of the review, Univision said in a statement.

Univision is hoping the company could attract interest from large media companies looking to add Spanish-language programming to their assets, people familiar with the matter said. In 2017, Univision turned down an offer from cable tycoon John Malone that valued the company at between $13.5 billion to $15 billion.

Univision is grappling with debt, the consequence of a $13.7 billion leveraged buyout in 2006 when the company was taken private. The company said it finished 2018 with $7.4 billion in debt but reduced its total debt by $547 million last year.

After a period of turbulence in Univision’s upper ranks, the company made a number of changes. It brought in media industry veteran Vincent Sadusky as chief executive last year to succeed Randy Falco.