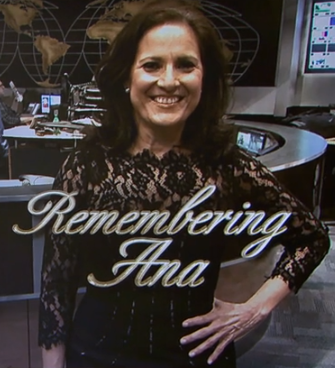 CBS News was mourning the loss of Ana Real, an award-winning international journalist who passed away Tuesday at age 60 after a long fight against leukemia.

Ana, Foreign Editor for Prime Time, joined CBS News in 2001, developing strong bonds throughout the institution.
S
CBS News president Susan Zirinsky said Wednesday, "Ana was part of the heart and soul of this organization. It didn't matter if you were an executive, a producer, a production associate. She stood up for you and made all of us better at our jobs."


Ana, who was born and raised in Nicaragua and lived in New Jersey, was a critical part in the network's original reporting on such stories as the young survivors of the earthquake in Haiti and the questionable practices of international adoptions which garnered her an Emmy. As CBS News Foreign News editor, she managed teams of journalists around the globe reporting for "CBS This Morning," "CBS Evening News," "48 Hours," "Face the Nation, "CBS Sunday Morning," "60 Minutes," CBSN, and all CBS News platforms.

She earned two News & Documentary Emmy Awards for her work.
Posted 1:01:00 AM