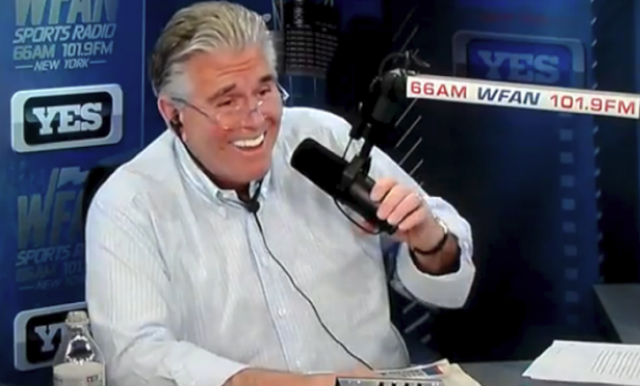 On Saturday evening, NYC's sports talker Mike Francesa went on Twitter and admitted that he has not signed a “long-term” contract with WFAN 660 AM /101.9 FM.


Due to the outrageous misinformation and outright lies that continue to be reported and the constant requests for me to comment. I will make a statement here.
— Mike Francesa (@MikeFrancesa) March 23, 2019

The Tweets were posted shortly after The NY Post had a story that WFAN managment was thinking about life 'after Mike'.  Francesa apparently referred to the story by dismissing “outrageous misinformation” and publishing the actual statement.


My deal with WFAN is simple.
My deal with Entercom is complicated and involves WFAN, https://t.co/DPC5pzxj9G, the Mike’sOn app, CAA, Draftkings and a few other concerns.
I have a long-term offer from WFAN. I haven’t signed it.
— Mike Francesa (@MikeFrancesa) March 23, 2019

And in a surprise development, Francesa also said he would “consider” taking on a partner to work with him.


I have told the company if I stay I would consider adding another person to the program.
My idea.
Nothing can be done in that area without my approval, and NOTHING has been done.
The Mike’sOn app and its business relationships are important and must be considered.
— Mike Francesa (@MikeFrancesa) March 23, 2019

Francesa, of course, has been solo for over a decade since breaking up with The Mad Dog. He also added his app is still a priority.


This needs to be decided quickly for Entercom, which has been accommodating, WFAN and the broadcasters it might impact.
Would like to have it all done before the first Mets losing streak.
— Mike Francesa (@MikeFrancesa) March 23, 2019

According to the NY Daily News, , the notion Francesa could split has kicked in inside the FanCave.

New York’s other tabloid, The NY Post,  has reported that station management spoke to Adam Schein of SiriusXM to gauge his interest in joining (he apparently decline accepting a new contract with SiriusXM) , or replacing, Francesa should he depart again. The Daily News cites sources as saying WFAN have also met with ESPN’s Max Kellerman.

In a statement after the Post story his the streets, WFAN program director Mark Chernoff said: “We are 100% committed to Mike Francesa, who is the #1 Sports Radio talk show host in afternoon drive. There is absolutely no truth to any reports about Adam Schein joining WFAN.”
Posted 2:56:00 AM