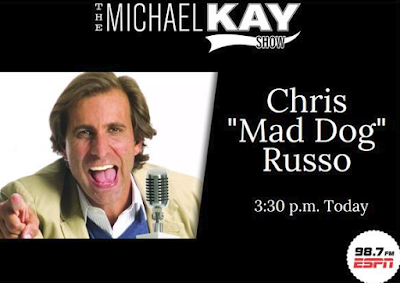 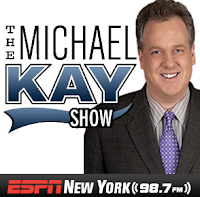 Russo, who spent 19 years as Francesa’s co-host on WFAN, will appear on ESPN alongside former Yankees first baseman Mark Teixeira, according to The NYPost.

The rival hosts are ratcheting up the pressure on each other as they find themselves neck-and-neck in the winter book ratings. Kay could be on the verge of beating Francesa for the first time, depending on how the stations count the Nielsen audio metrics.

ESPN and WFAN are feuding over whether to include streaming in the men’s 25-54 demographic, because the stations sell advertising against the numbers in different ways.

Kay beat Francesa, 5.8 to 5.6, for the month of February, according to the traditional Nielsen figures.
Posted 5:58:00 AM