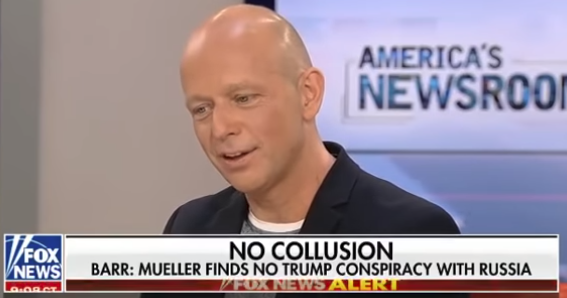 Fox News host Steve Hilton on Monday accused a list of people and entities, including CNN and MSNBC, of being the "real agents" of Russian President Vladimir Putin for alleging collusion between the Trump campaign and Moscow.

According to The Hill, Hilton, a former director of strategy for ex-British Prime Minister David Cameron, made the comments on Fox News while speaking about Attorney General William Barr's summary of special counsel Robert Mueller's investigation.

Hilton seized on an aspect of the summary in which Barr wrote that Mueller's investigation found that Russian-affiliated individuals offered to assist Trump's 2016 campaign.

"They tried to collude with the Trump campaign. The Trump campaign said no," Hilton, the host of Fox News's "The Next Revolution," said. "But I tell you who did end up being an agent of Putin, an agent of Russia in his effort to divide America and to destabilize our democracy — it is all these people who have been pushing this story."