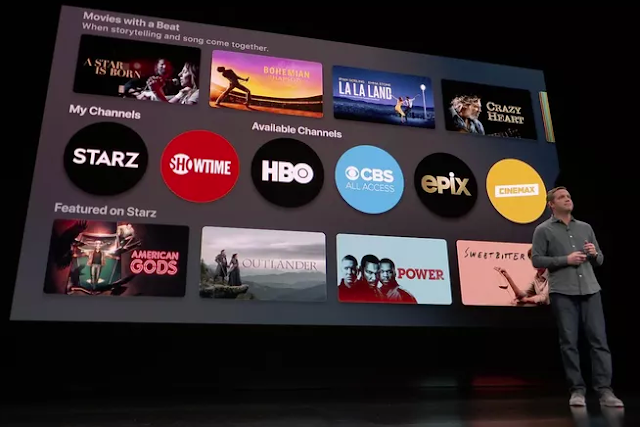 Apple Inc. unveiled new products for entertainment, financial services, news and videogames as the technology giant vies with competitors that are also moving to expand their disruptive influence outside their core businesses in search of new growth.

The Wall Street Journal reports the announcements Monday mark a strategic shift for Apple as it seeks new momentum amid softening sales in its core iPhone business. The centerpiece of the star-studded event at Apple’s headquarters, capped by an appearance by Oprah Winfrey, was a new video-subscription service to carry original programming.

In a first for the company, it plans to make its TV app, which will carry that content, available on competitors’ televisions and other devices as well as its own—reflecting Apple’s growing ambition to go beyond selling its own gadgets.

It unveiled Apple News+, a $9.99 monthly service that provides access to 300-plus magazines as well as newspapers, including The Wall Street Journal through an agreement with parent Dow Jones & Co. And it showed off Apple Arcade, a gaming subscription service offering access to 100-plus exclusive games for an unspecified monthly fee.

Chief Executive Tim Cook portrayed the services as an extension of Apple’s existing mix of products, saying the integration of hardware, software and services is something Apple does better than anyone else. “We’re excited to extend our services even further, making them even more entertaining, more useful and more informative,” he said.

But it didn't say how much Apple TV+ would cost. Apple had previously planned on giving away at least some of its original content for free, CNBC reported last year, so new pricing information was hotly anticipated.


In addition, even if the shows are fantastic, a consumer could watch them all in a month. It made no sense to announce a subscription video service with no library.

Apple also failed to discuss its future content spending plans. If Apple is going to charge a monthly fee for its original content, how much does it plan to spend on video? Is Apple considering challenging Netflix's $10 billion per year? Again, nothing.

But again, Apple offered no pricing details at all.
Posted 3:36:00 AM