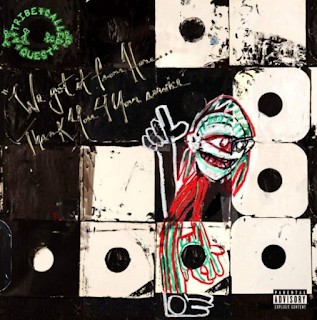 (Reuters) -- Hip-hop band A Tribe Called Quest scored its first Billboard 200 No.1 in 20 years on Monday with its new release, "We Got It From Here ... Thank You 4 Your Service."

The album, which sold some 135,000 units according to figures from Nielsen SoundScan, is the first by the New York rappers since 1998 and follows the death in March of founding member Phife Dawg from complications of diabetes.

Phife Dawg recorded some of the tracks before he died, and the album features collaborations with contemporary rappers like Kendrick Lamar and Kanye West, as well as British rock musician Elton John.

Leonard Cohen's last album, "You Want it Darker," soared 40 places to the No. 6 spot on the Billboard 200 after the Canadian singer-songwriter's death on Nov. 7.

On the digital songs chart, which measures online singles sales, Rae Sremmurd's "Black Beatles" September release retained the top spot. It owes this success mainly to the viral success of "mannequin challenge" videos that feature people frozen in place, often with the hip-hop duo's music as a backdrop.
Posted 3:03:00 AM