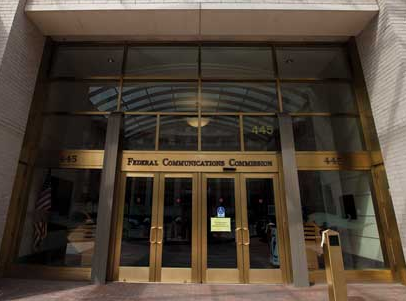 NEW YORK (Reuters) - U.S. President-elect Donald Trump's choice of experts to focus on new policies at the Federal Communications Commission signals a regime that will have a "lighter" touch on regulation and be more likely to favor large mergers in telecoms industries, analysts said.

Economist Jeff Eisenach and former Sprint Corp lobbyist Mark Jamison were named by Trump's transition team to oversee hiring and policy for the FCC. They both oppose some recent telecom industry regulations resisted by telecom and cable heavyweights such as Comcast Corp and AT&T and have voiced support for mega mergers in the past.

The FCC is composed of five commissioners, including one designated as chairman, who are appointed by the president and confirmed by the Senate. Only three commissioners can be from the same political party and Trump's pick for FCC chairman would tip the balance in favor of Republicans. The addition of Eisenach and Jamison to Trump's "landing team" on Monday come as the Republican president-elect puts together a team to staff various government departments and agencies after he succeeds Democratic President Barack Obama on Jan. 20.

The two appointments are harbingers of "a more typical Republican FCC that is lighter on regulation and more focused on competition," said Roger Entner, an analyst at Recon Analytics. "The focus will be more on reducing regulation than creating new ones."

That would be in stark contrast to the Obama administration's FCC that enacted or proposed a handful of new industry rules and disapproved some proposed combinations, including Comcast's bid for Time Warner Cable and AT&T's attempt to buy T-Mobile. The FCC under Chairman Tom Wheeler, a Democrat, has had a rocky relationship with large telecom companies, some of which strongly opposed the agency's 2015 net neutrality or open internet rules.

The rules, which require internet service providers to treat all data equally and bar them from obstructing or slowing down consumer access to web content, were seen as a major victory for internet businesses like Alphabet Inc's Google that offer services but do not own internet networks.

Eisenach has supported mergers such as AT&T and T-Mobile as well as Sprint and T-Mobile that were dismissed by regulators during Obama's administration, according to analysts. He is known in telecom circles for having a "pro-business" mindset, New Street Research analyst Spencer Kurn said.

"Whoever gets picked (as FCC chairman) is likely going to implement a similar pro-business policy," Kurn said.

Eisenach, who was previously tapped by the Trump campaign as an adviser on technology and telecom policy, is currently a managing director at consulting firm NERA Economic Consulting's communications, media and internet practice. He previously held advisory roles at the U.S. Federal Trade Commission and the White House Office of Management and Budget.

In 2014, he testified in the U.S. Senate against net neutrality rules, arguing there was no need for new regulation as existing antitrust rules, while "not perfect," offered safeguards against concerns about the business practices of internet service providers.

Jamison is the director of the Public Utility Research Center at the University of Florida. Like Eisenach, he has strongly disagreed in his publications with Wheeler's rules, including net neutrality and a proposal to open up the market for rented pay-TV set-top boxes.

That measure was aimed at breaking the telecom and cable companies' grip on the $20 billion market and bringing in players such as Google and Apple in an effort to lower prices for consumers.

Some analysts said the appointments also raised questions over whether Trump would carry out his campaign pledge to kill AT&T's $85.4 billion proposal to buy Time Warner.

Matt Wood, policy director of the technology rights group Free Press, said that even as Trump opposes the deal, he picked the pro-business economist Eisenach, who was unlikely to want to block such a merger.