Nielsen: The Holiday Classics Are Here To Stay 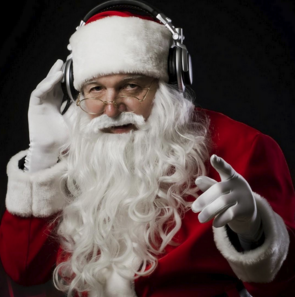 Holiday music has proven to be a huge success around the country on the radio airwaves.

According to Nielsen, over the last several years, the number of radio stations that swap out their regular formats during the holiday season has been rising, with some stations making the switch as early as Halloween.

Of the 1,942 AM/FM radio stations Nielsen BDSradio monitored in 2015, 171 stations made the switch, giving listeners more than enough variety on the radio dial to get in the holiday spirit.

Adult Contemporary (AC) stations lead the way, making the switch more than any other format. AC accounts for 43% of all holiday music airplay and has the largest music library of all, with almost 2,800 titles. Christian AC follows, making up 22% of the holiday music airplay, with 432,000 spins and 1,763 titles.

Classic Hits, Country and Adult Top 40 round out the top five formats, with a combined 20% play of holiday music airplay.

Making the switch to all-holiday music seems to be paying off. According to Nielsen Audio, holiday music significantly increases the share of listening for the format. Between the November and Holiday survey periods from 2012 to 2015, AC stations saw their share of audience among listeners 6 and older jump an average of 72%, compared to the rest of the year. And the combined audience to the top AC holiday music stations across the top 10 markets has grown from 27 million weekly listeners (6 and older) in 2012 to 30 million in 2015, an 11% increase. This equates to a total of 3 million more Americans tuning in to all-holiday music stations over the three-year period.

THE CLASSICS ARE HERE TO STAY

It may seem like you’re hearing the same holiday songs being played over and over again during the holiday season, and you are. The top 10 most-played holiday songs make up less than 1% of the total library, but garner 19% of the airplay. So, who tops the holiday music charts? And how do sales and on-demand streaming differ?

Although new artists are reproducing their own versions of classic holiday tunes while creating new ones as well, the charts seem to have a fondness for the classics,  as they continue to top the charts.

During the holiday season, stations that switch to all-holiday are out with the new and in with the old. Adele, who’s song “Hello” typically tops the chart for U.S.-based AC stations, said goodbye to her ranking during the 2015 holiday season when Mariah Carey’s rendition of  “All I Want For Christmas Is You” took over. Mariah’s song, which is now more than 20 years old, also ranked the highest in the number of streams, with approximately 44 million on-demand streams during the 2015 holiday period.