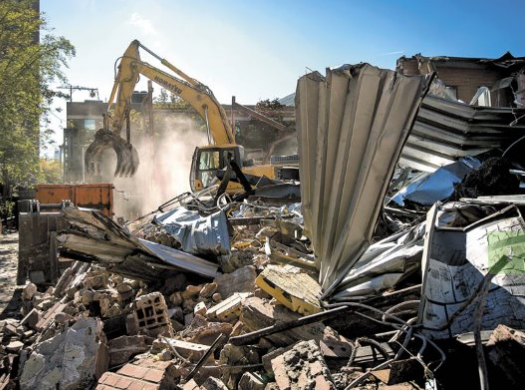 Recently demolished, the mid-town building at 1331 Yonge St. was the station's home OF 1050 chum-am for 50 years until 2009 and played host to musical visitors as diverse as Paul McCartney, Elton John, Frank Zappa, Supertramp, the Bay City Rollers and the Osmonds.

Phil Stone, one of the disc jockeys on CHUM, previously described the day it switched to a rock'n'roll format on May 27, 1957.

"I was in the meeting room when they brought in a tape from a U.S. Top 40 rock'n'roll station, explaining that this new format was going to revolutionize CHUM," said Stone.

"There was dead silence. One of the ad salesmen started crying. Another staff member who had just put a down payment on a new home went to the bathroom and threw up." 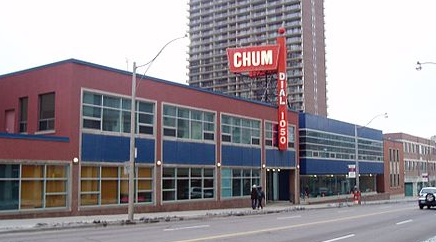 The change in format turned out to be a winner for CHUM, which quickly became the top-rated station in Toronto. CHUM's operations, and its iconic neon sign, are now located at its downtown Toronto headquarters on Richmond Street.

"We still listen to CHUM-FM here at the office," says Sean Teperman, chief executive officer at Teperman, the company that carried out the demolition.

"But with the sign removed and the radio personalities relocated, there wasn't much to be said about the building — there wasn't any heritage value to the structure itself." 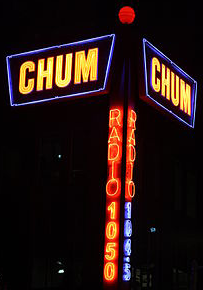 According to dailycommercialnews.com, the property is now owned by Aspen Ridge Homes. The developer purchased the property in 2008 for $21.5 million and relocated some of its offices to the building. The new 11-storey condo, dubbed The Jack, is being designed by Quadrangle Architects and will feature 153 units.

CHUM AM was founded by four Toronto businessmen, including Al Leary, a former sportscaster, who had been the station manager at CKCL for 14 years. CHUM received its licence in late November 1944 to operate a station with 1000 watts. CHUM launched as a dawn-to-dusk radio station on 28 October 1945, with John H.Q. "Jack" Part, an entrepreneur in the business of patent medicines, as its president. The station, then operating from studios in the Mutual Street Arena, broadcast a format typical of the late 1940s, with a combination of information, music, and sports.

Less than three years after Waters acquired the station, and soon after bringing the new full-time transmitter online, a major programming change was made. On May 27, 1957, at 6 AM, Waters switched the station to a "Top 50" format that had proven itself popular in some U.S. cities; Elvis Presley's "All Shook Up" was the first song played. While the station was rising to the top of the popularity ratings in Toronto in the late 1950s and early 1960s, it also built yet another new transmitter in Mississauga, Ontario (a few miles west of the current Toronto city line) along the Lake Ontario shoreline, and raised its power once again to its current 50,000 watts around the clock. 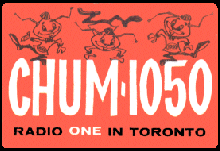 CHUM became well known for its zany contests. In the 1950s and 1960s, it was contests such as 'The Walking Man', where listeners had to spot CHUM's mystery walking man using only clues given out on the air. The 1970s' "I Listen to CHUM" promotion had DJs dialing phone numbers at random and awarding $1,000 to anyone who answered the phone with that phrase.

The CHUM Chart was, for many years, the most influential weekly Top 40 chart in Canada and has been hailed as the longest-running continuously published radio station record survey in North America.