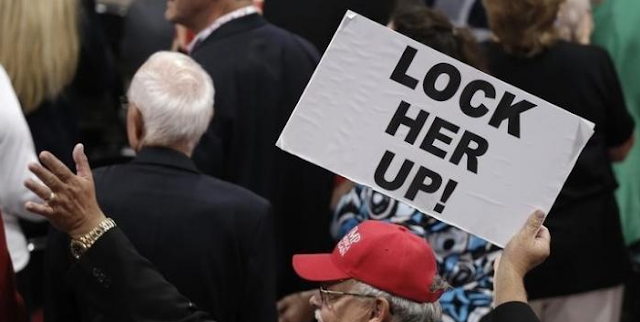 (Reuters) -- Some of Donald Trump's strongest conservative supporters are voicing anger and disappointment at the president-elect's comments on Tuesday that he might back off his campaign pledge of pursuing a prosecution of former rival Hillary Clinton.

Trump, in an interview with the New York Times, took a more compassionate tone toward the Democratic presidential nominee than during his campaign, when he talked about a possible criminal investigation of the opponent he dubbed "Crooked Hillary" if he won the White House.

Chants of "Lock her up" echoed throughout his campaign rallies, with Trump supporters angrily alleging corruption related to her use of a private email server while secretary of state and to foreign contributions received by the Clinton Foundation charity.

"She went through a lot and suffered greatly in many different ways, and I am not looking to hurt them at all. The campaign was vicious," Trump told the Times, adding that launching an investigation was "not something I feel very strongly about."

Conservatives who had reveled in the possibility of a Clinton prosecution were not pleased. 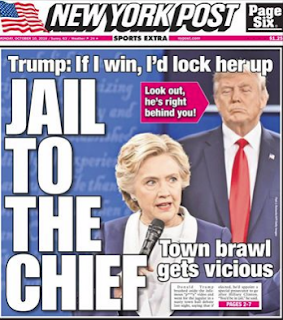 Writer and commentator Ann Coulter also balked at the news, tweeting: "Whoa! I thought we elected (Trump) president. Did we make him the FBI, & (U.S. Department of Justice)? His job is to pick those guys, not do their jobs."

She added no president should block "investigators from doing their jobs."

Radio personality Rush Limbaugh asked the 2 million people who like his Facebook page for reaction and received more than 2,000 responses, many of which were livid.

"Donald J. Trump, I am hearing that you will not be pursuing Hillary email scandal and pay-to-play. If that is the case, you just proved to me and America that laws are for the poor people. That Lady Justice is not blind. That you are no different than the swamp you want to drain. If true, you have just spit in my face and so many others," Facebook user Donald Marks wrote.

Some Republicans have backed the shift, including former New York Mayor Rudy Giuliani, a close Trump adviser, who told reporters on Tuesday that while he would have supported an investigation, Trump had to make a "tough choice."

"There is a tradition in American politics that after you win an election, you sort of put things behind you," Giuliani told ABC News.
Posted 3:23:00 AM