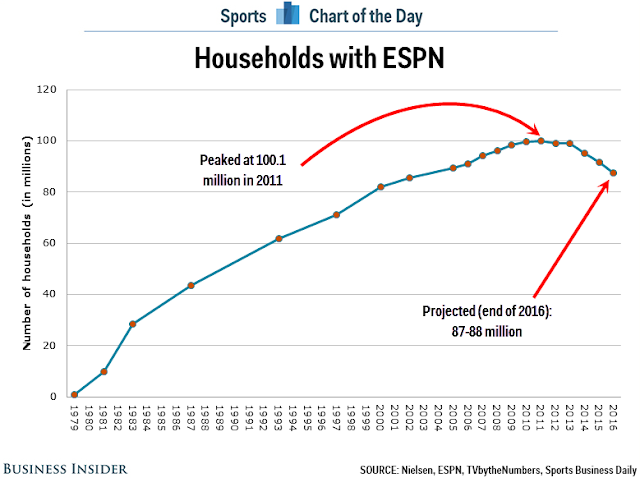 ESPN lost about two million subscribers last year, marking the lowest number of subscribers for the sports powerhouse since 2005, according to a Walt Disney Co. filing issued Wednesday.

The subscriber figures, which are estimated by the Nielsen ratings company, don’t take into account ESPN distribution deals with services that provide its programming over the internet. ESPN has struck several deals with such services, including Hulu and DirecTV Now.

Investor concerns about customers “cord-cutting” their cable-television subscriptions and leading to a fall in ESPN sign-ups has weighed on quarterly earnings at the world’s largest media company since August 2015, when Disney Chief Executive Robert Iger said “some subscriber losses” were hitting the network.

The declines have been especially pronounced in the last three years. In 2013, ESPN had 99 million subscribers. It lost four million in the year after that, and was down to 92 million in 2015.