‘I Will Survive,’ ‘Piano Man’ Among Preserved Recordings 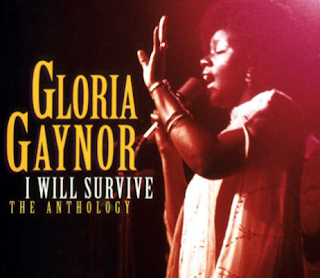 The Library of Congress announced Wednesday that it has added Gloria Gaynor’s anthem "I Will Surive" and 24 other sound recordings of “cultural, artistic and/or historical significance” to its National Recording Registry. The annual honor means that the best existing physical copy of the recording will be preserved at the library’s Packard Campus for Audio Visual Conservation in Culpeper, Va.

Pop-music selections this year range from the 1986 platinum-selling album “Master of Puppets,” by the heavy metal band Metallica, to “Let Me Call You Sweetheart,” a sunny, chart-topping hit single in 1911 for the vocal group the Columbia Quartette.

Acting Librarian of Congress David S. Mao selected the works from the recommendations of experts on the National Recording Preservation Board and from nominations submitted by the public.

Reached at her home in New Jersey by The Washington Post, Gaynor called the library’s selection of her 1978 monster hit “totally unexpected” — while also acknowledging that she knew she had a hit on her hands even before the song, about a woman overcoming a bad breakup, had been committed to vinyl. “I realized it when I read the lyrics [by Freddie Perren and Dino Fekaris],” she says. Despite Gaynor’s faith in the material, the singer’s record label, Polydor, insisted on releasing “I Will Survive” as the B-side to the aptly named “Substitute.”

It wasn’t until radio stations started clamoring for it that the song was reissued as the A-side. “The stations called the company,” as Gaynor recalls, “saying, ‘Where’s this song that people keep calling and asking us for?’ The record company had to say, with much chagrin, ‘You’ve got it already.’ ”

Recordings selected for the 2015 National Recording Registry, in chronological order