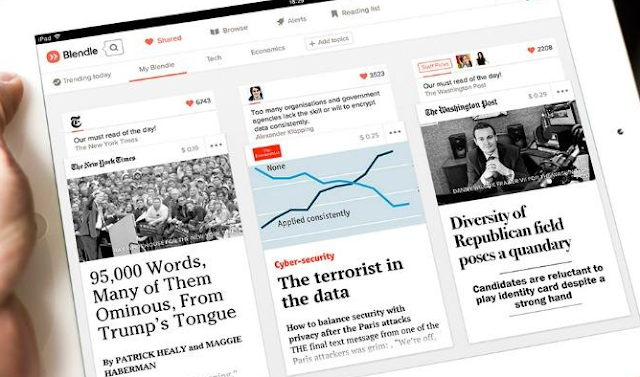 Blendle, a Dutch journalism start-up developing an iTunes-style payment method for newspapers, magazines and websites, made its debut in the U.S. on Wednesday with a coterie of high-profile publishers in tow.

The New York Times, The Wall Street Journal, The Economist, The Financial Times and more than a dozen others have all made their content available to U.S. readers on Blendle's pay-per-story app, which offers refunds when users dislike articles they've purchased for as little as 9 cents a pop.

According to capitalnewyork.com, co-founder Alexander Klöpping has said he firmly believes that younger readers who've grown up paying for songs on iTunes and movies on Netflix will likewise be willing to pay for single articles if a platform like Blendle makes the experience fast and easy.

At the same time, publishers are eager to make more money directly from readers due to struggles they are facing in the advertising market. This is particularly true for legacy outlets that had derived most of their profits from print advertising before marketers began moving their dollars online and to technology players like Facebook and Google, where ad rates are cheaper.
Posted 3:08:00 AM