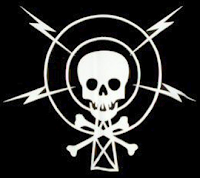 At an FCC oversight hearing on the Hill, several commissioners talked Tuesday about how to counter pirate radio, according to RadioWorld.

Commissioner Michael O’Rielly was asked for language to be drafted into a future pirate radio bill. Rep. Frank Pallone, D-N.J., expressed a desire to work with the commission to draft legislation to help stop illegal broadcasts. “Last time you were here we talked about how this was an important issue,” Pallone said, referring to a commission appearance before the House Communications and Technology subcommittee last fall.

O’Rielly said lawmakers should focus on the “money side of the equation” — entities that knowingly contribute funds to pirate radio stations, for instance through political campaign ads or promos for upcoming concerts.

He said that language should be “narrowly targeted” so as to not target individuals who unwittingly support pirate radio, including unaware building owners and renters. The onus should be put on those that are facilitating pirate radio operations through financial contribution, he said.

A recent Enforcement Advisory notice reminded the public that any individuals found supporting a pirate operation—be it a local merchant, advertiser or landlord—could face FCC enforcement and other legal action.

Pallone said he would reach out to O’Rielly in preparation for such a bill.

In his own prepared remarks, FCC Chairman Tom Wheeler said that 20 percent of the commission’s Enforcement Bureau’s activities were directed to pirate radio last year, more than any other area of enforcement.
Posted 4:18:00 AM