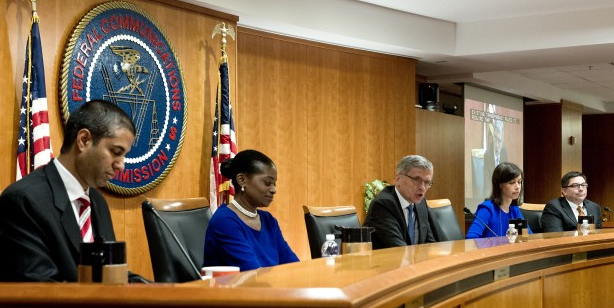 FCC Commissioner Ajit Pai, a Republican, said at a House Energy and Commerce Committee hearing that the number of votes splitting along party lines at the five-member FCC is growing under FCC Chairman Tom Wheeler - and is twice as high as under four prior chairmen.

"Proposals from Republican commissioners have been roundly rejected as crossing a 'red line,' even when an identical proposal from a Democratic commissioner is accepted later on," Pai told a U.S. House panel. "Collaboration has fallen by the wayside."

Wheeler has a busy agenda in the final year of the Obama administration and has drawn the ire of some industry groups and Republicans in Congress.

He has proposed allowing consumers access to pay TV without renting an expensive set-top cable box. He also has proposed privacy rules that would require Internet service providers to get consent for using consumer data and has unveiled a plan to expand a subsidy for low-income Americans that covers mobile phones to include broadband Internet access.

Kim Hart, a spokeswoman for Wheeler, said the chairman "has tackled complex issues resulting in more competition, strong protections and improved access to networks for consumers. During the first two years of the Chairman's tenure, 88 percent of votes have been unanimous."

FCC Commissioner Michael O’Rielly, another Republican, criticized Wheeler for "constantly pushing the envelope into questionable directions, at the expense of collegiality, staff morale and soundness of decisions."

Republican commissioners have ramped up the rhetoric in recent months. After a federal appeals court put on hold two separate FCC decisions, Pai said the FCC "needs to follow the law and return to the tradition of bipartisan, collaborative decision-making."

Representative Greg Walden, an Oregon Republican who chairs the panel that held the hearing, lamented the "sharp divisions" on the FCC, saying the commission should not give "short shrift to collaboration in favor of expediency."

At a Senate hearing this month, Wheeler declined to confirm he will step down at the end of the Obama administration, as is customary for the chair of the commission. The Senate has so far declined to reconfirm a Democratic commissioner, Jessica Rosenworcel, who was renominated in 2015.
Posted 4:20:00 AM