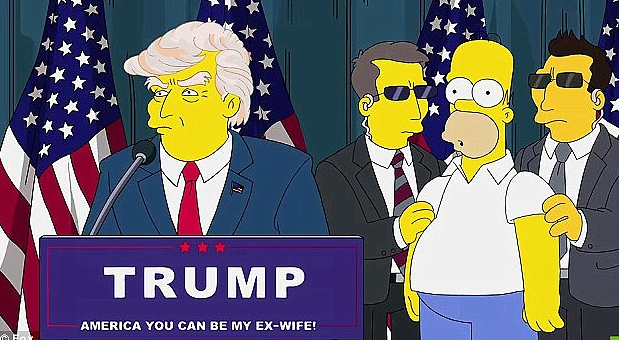 Sometimes “The Simpsons” is like a Magic 8-Ball that can seem to hold all the answers. Peer deeply enough into the long odyssey of Homer, say, and a certain warped wisdom can float to the surface, according to Michael Cavna at The Washington Post.

One example resurfaced early this year, when it was remembered that David Bowie and Alan Rickman, who died within days of each other in January, were both referenced in one scene in a 2013 “Simpsons” episode. And now we have a new example: Exactly 16 years ago Sunday, in an episode titled “Bart to the Future,” the show predicted a Donald Trump presidency.

In the 2000 episode, Lisa becomes the nation’s first “straight female” president, while brother Bart has slacked away his life. And from the Oval Office, she says, “As you know, we’ve inherited quite a budget crunch from President Trump.”