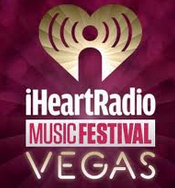 Clear Channel also announced today its continued partnership with Macy's, the famed department store with over 800 locations nationwide, to bring back Macy’s iHeartRadio Rising Star, a campaign designed to spotlight America's emerging musicians and find one lucky artist or group to perform at the iconic iHeartRadio Music Festival.

The Macy’s iHeartRadio Rising Star campaign, back for its second year, will again conduct a nationwide search for new music. Clear Channel's industry experts and Macy's have selected 25 up-and-coming musicians to present to fans across , who will then vote for an emerging artist who will be given a chance to perform alongside music's biggest stars at the iHeartRadio Music Festival 2013 and at Macy's Glamorama events this summer. Clear Channel listeners, iHeartRadio fans and Macy’s shoppers will select their favorite emerging talent and vote online at iheartradio.com/RisingStar or at iheartradio.com/Macys.

The artist with the most votes will perform at the iHeartRadio Music Festival. Voting begins April 1 and will run through May 12.