Report: Inside the 'Today' Show Drama 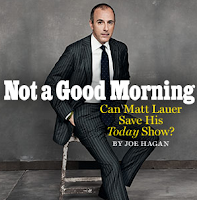 Since a tearful Ann Curry exited her role as Today co-host on the air in June, the drama has not ceased.

The show has fallen in the ratings, and Matt Lauer has become the person viewers blame for her ouster, with his popularity also dropping.

On Sunday, New York magazine posted a lengthy piece on the drama leading up to and after Curry's exit, with several new revelations about the incident and her relationship with her colleagues.

1. Internal research showed that Lauer -- not Curry -- was losing favor with viewers. As ABC's Good Morning America began gaining on Today, then-executive producer Jim Bell began blaming it on Curry, as did some of NBC's affiliates, who began complaining in board meetings that Curry needed to go. But internal research conducted by SmithGeiger showed otherwise -- that Lauer was perceived as less appealing than Curry. While onscreen, he looked "aloof, a little bit holier-than-thou and pompous,” says a former NBC executive who saw the reports. "He was becoming Bryant Gumbel." 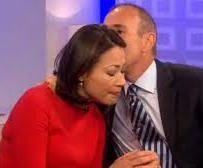 2. Curry didn't take kindly to jokes from colleagues. Former Today co-host Katie Couric used to tease Curry about her clothes, but Curry took those remarks "badly." And in 2011, Lauer and producers played a prank on the cast by sending them to a fake magazine photo shoot, where the photographer had a meltdown and began firing his staffers. But Curry became "infuriated with Lauer and retreated to her dressing room," magazine reports.

3. Lauer and Curry had no relationship off the air. In fact, they barely spoke. But Curry tried to form a relationship with him: When she was named co-host, she asked Lauer out to lunch to get some advice from him, but he "seemed to drag his feet scheduling it and Curry felt he didn’t offer much," New York magazine reports. He soon began "getting more involved in the daily story lineup, getting into fights with producers and tearing the show up in the early-morning hours." He also expressed how unhappy he was with Curry to a friend and spoke of cutting back on work.