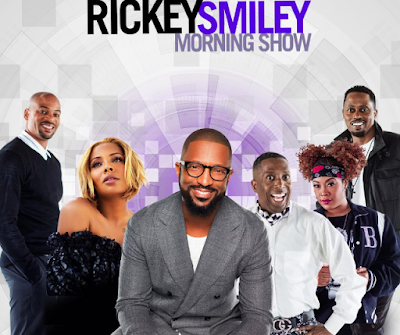 Both of the station’s two new weekday shows, The Rickey Smiley Morning Show and The D.L. Hughley Show, are syndicated nationally by Reach Media.

The D.L. Hughley Show is hosted by D.L. Hughley, and features co-host Jasmine Sanders. Hughley, one of the most popular and highly recognized standup comedians on the road today, mixes his trademark quick wit with great music in a show that is fast-paced, funny and topical. Hughley has also made his mark in television and film, and stars in his 5th stand-up comedy special “Reset” which is currently airing on Showtime.

Chris Connors, Program Director, Kiss 103.1/WLXC-FM, said: “We’ve strengthened our lineup to better serve the Columbia community. We think our listeners will respond in a big way to our two new weekday shows, The Rickey Smiley Morning Show and The D.L. Hughley Show, as well as the other shows they love and tune into on Kiss 103.1 throughout the day. Let the fun begin!”
Posted 9:45:00 AM