Advertising is coming back strong.

The Wall Street Journal reports companies in the U.S. are expected to spend 15% more on advertising this year than they did in 2020, emboldened by swelling consumer confidence and the pace of Covid-19 vaccinations.

The current rate of ad-spending growth is likely to be the fastest in the postwar era, according to Brian Wieser, president of business intelligence at ad-buying giant GroupM, and comes as many companies had severely cut back on marketing expenses in the early months of the pandemic.

“We are seeing ad surges pretty much across the board as things get back to normal. Some of the categories that were most impacted are starting to pick up again, like travel,” said Dani Benowitz, president of U.S. for Magna Global, an ad-buying arm of Interpublic Group of Cos.

Advertising outlets aren’t benefiting evenly from the ad-spending rebound. Major players in digital advertising— which beyond behemoths like Google and Facebook Inc. include Snap Inc. and Pinterest Inc.—are getting an ever-growing share of the advertising pie. 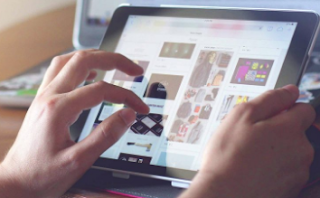 GroupM expects TV advertising to rebound from last year—growing 9.3%—and newspapers and magazines to continue bringing in fewer ad dollars every year.

The pandemic accelerated the shift of ad dollars to Google, Facebook and Amazon. com Inc. as the trio also benefited from an increase of new small businesses that typically rely largely on digital ads.

GroupM had been expecting digital-ad platforms to capture 51% of all advertising in the U.S. this year, up from 44% in 2019. The firm said it would likely adjust its estimate upward because of the better-than expected results from Google’s parent company, Alphabet Inc., which on Tuesday said first-quarter revenue surged 34% to $55.31 billion.

“There is no question digital is certainly taking even more share,” Mr. Wieser said. “No one expected the numbers we saw from Google.”