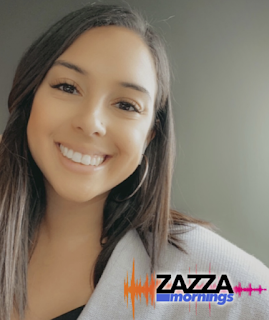 Jeanine was previously on-air in Orlando, FL, at WXXL-FM and was on the programming team for WMGF-FM in Orlando. In addition to co-hosting Zazza Mornings, she will also lead the Cumulus Melbourne cluster as Promotions Director. Her first day on-air with Tony Zazza, Host of Zazza Mornings, will be Tuesday, May 4th.

Zazza, who joined Cumulus Melbourne in 2015 on Top 40 WAOA before the company syndicated the show regionally in 2016, said: “Erika brings a passion for radio and knowledge of pop culture and social media to Zazza Mornings, and I’m excited to have her on the team. She also brings fun and energy that the audience will love and relate to, and she will be an asset in growing the show. Plus, it’s been a long 394 days of talking to myself. But who’s counting?”

Jeanine commented: “What excites me the most about this opportunity is that I not only get to work on being a great co-host to Tony, but I also get to show my abilities as a Promotions Director. Being able to do both really keeps me on my toes! I feel like this is my big break. Also, who doesn't love the beach?! Being in Melbourne, I get to explore a city I'm not too familiar with, as well as get my tan on.”
Posted 9:38:00 AM