Producer, songwriter, and recording artist Tommy West died on May 2, 2021, from complications associated with Parkinson’s disease.

As songwriters, he and Cashman wrote many songs for the Partridge Family. He also produced Anne Murray’s commercially successful string of comeback albums between 1993 and 2004.

Tommy West was born Thomas Ralph Picardo Jr., August 17, 1942, in Jersey City, N.J. When he was a child, his family moved to Neptune, N.J., where he developed his musical talents as a singer, pianist and guitarist. His musical career began in 1958 as co-founder of the doo-wop group the Criterions, with childhood friend and future Manhattan Transfer founder Tim Hauser; they had a local hit with “I Remain Truly Yours.” 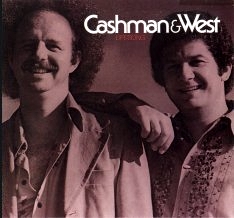 In 1961, while at Villanova University, West recruited Jim Croce for his folk group, the Villanova Spires. After graduating in 1963, West served in the National Guard, later becoming a radio personality/music director at Long Branch, N.J.’s WRLB-FM, after which he worked for ABC’s Command Records as a promotion man in New York City.

While at the label, he befriended and wrote songs with the label’s head of music publishing, Terry Cashman, and songwriter Gene Pistilli, eventually forming the folk-pop group Cashman, Pistilli & West after releasing multiple singles as the Magpies, the Shakers, and Gene & Tommy. He recorded the 1967 ABC album Bound to Happen with Cashman and Pistilli, and the trio also contributed songs to the 1968 For Love of Ivy soundtrack.

Additionally, West became a first-call session singer, recording background vocals for artists such as Frank Sinatra, Mitch Ryder, Sammy Davis, Jr., Perry Como, Connie Francis and others. As a jingle singer, he was heard on scores of popular TV and radio commercials, including Coca-Cola’s “I’d Like to Teach the World to Sing,” and frequently sang on spots with longtime friend and Brill-building songwriter, Ellie Greenwich.

West co-produced with Cashman three albums for Jim Croce, whose debut album You Don’t Mess Around with Jim was rejected by numerous labels.