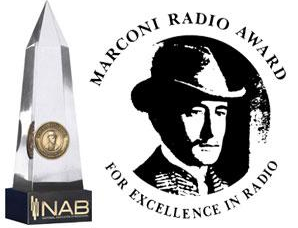 The National Association of Broadcasters (NAB) is now accepting nominations for the 2021 NAB Marconi Radio Awards and will be accepting submissions until May 31. Established in 1989 and named for inventor and Nobel Prize winner Guglielmo Marconi, the prestigious awards recognize overall excellence and performance in radio.

Station and on-air personality nominations may be submitted for the 23 awards presented in the following categories:
The NAB Marconi Radio Awards finalists are selected by an independent task force of broadcasters and will be announced in July. Winners will be recognized during a special event at the Radio Show, held October 13-14, 2021 in Las Vegas, and co-located with NAB Show.

All nominations must be submitted through the NAB member portal. The complete list of categories, entry rules and qualifications can be found here.